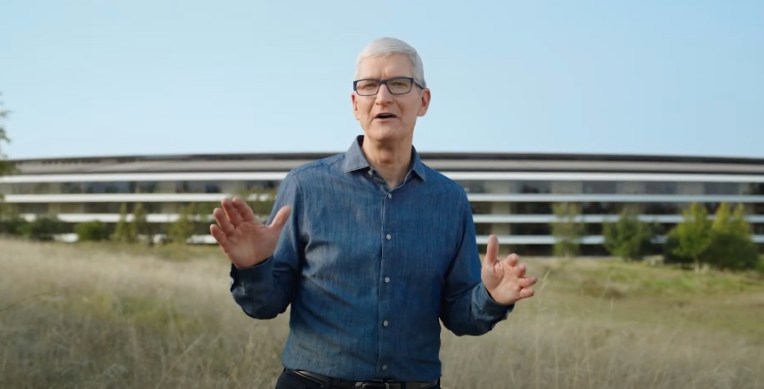 Hello again, and welcome back to TechCrunch’s running series of posts discussing how the public markets rarely give even half of a spare fuck concerning what Apple announces at its events.

Indeed, Apple’s stock seems to be far more labile to external events than from internally sourced announcements; rare is the case in which Apple’s stock actually picks up ground in contrast to the Nasdaq Composite during its press-friendly announce-a-thons.

Which never ceases to astound us somewhat. Perhaps Apple’s events are so well-leaked these days that new products are baked into its value?

That argument is perhaps necessary but not sufficient in market terms — participatory but not complete? — as Apple did break some news today regarding its line of PC chips. Yes, Apple did detail the new M1 Pro, but it also blew more than a few minds with its M1 Max chip. Sure, the name is a bucket of boomer cringe, but the chip itself appears to be an incredibly impressive feat. And Apple is baking the new chips into a range of computers that have price points above expectations.

Sitting here, I’m thinking: Killer new hardware, and potentially higher per-computer revenue? Sounds good, right? And yet, Apple’s stock pretty much tracked the Nasdaq during its event, which took place between the hours of 1 pm and 2 pm in the following chart: 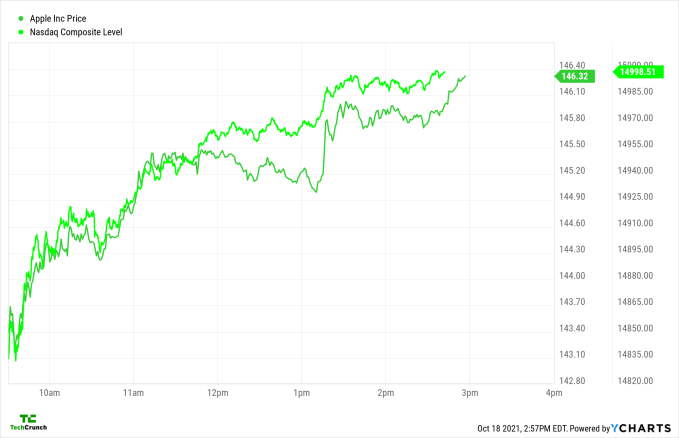 The only notable element of that chart is that Apple’s initial declines after 1 pm struck were sharper than what the larger Nasdaq tech collection managed. But then Apple recovered more sharply, leaving the entire trading period essentially a wash — Apple gained ground just as tech shares did. Wee.

If I was an Apple engineer, I’d be livid. Look, world, behold chips that are actually really good. All those years, Intel was screwing over the market by putting out bilge when this was possible! And yet Wall Street is precisely and exactly not impressed.