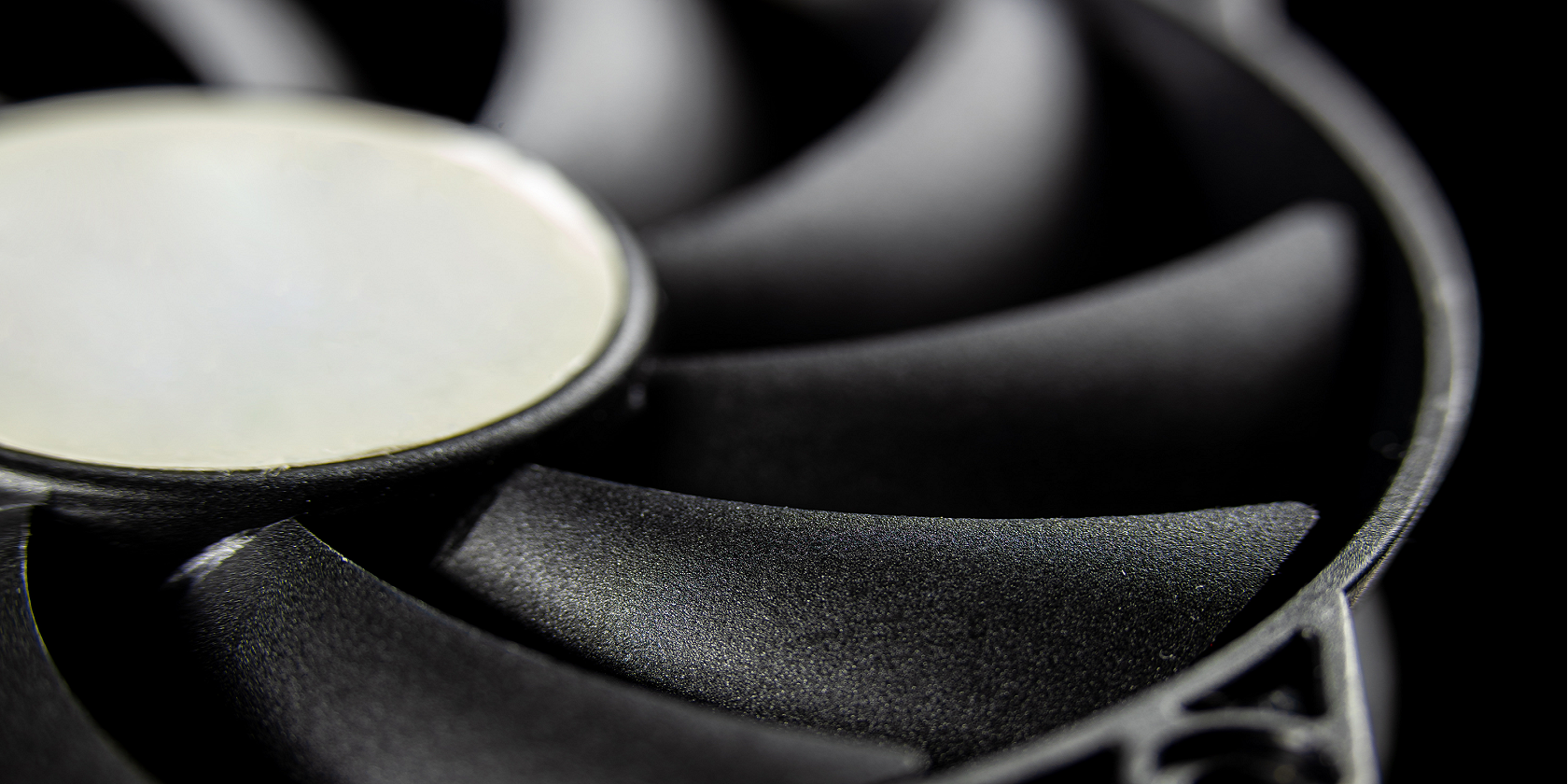 Computers generate a lot of heat, but excessive heat can cause damage to the internal components of your PC. Fans are a vital part of your PC that helps minimize this heat and keep your computer running stable.

If you’ve ever built a PC or dug into your BIOS, you might’ve come across the terms DC and PWM – the two primary types of fans in a computer. So, what are they? Here, we’ll look at the differences and determine which fan is better for your needs.

What are DC and PWM Fans?

Direct Current (DC) and Pulse Width Modulation (PWM) fans are the two main types found in computers. These fans differ in crucial ways that change how you use them in a computer.

A DC fan is a traditional computer fan. They run on a fixed voltage from a DC power supply or via the motherboard and provide consistent cooling to your computer.

DC fans have 3-pin connectors: A power supply pin, a ground pin, and a signal pin. The signal pin collects information about how fast the fan is spinning (called tachometer output) and alerts if the fan stops working.

Some DC fans now come with a voltage controller built-in, though it’s also possible to alter the voltage through the BIOS or with a third-party fan controller.

PWM fans are very similar to DC fans but differ in one key aspect: They have an extra pin for pulse width modulation. This fourth pin takes input from the motherboard to directly control the fan’s speed.

PWM fans work via repeated pulses of power. Essentially, PWM fans are either ON or OFF and can be switched from one to the other rapidly to control the overall fan speed. This pulsing is called a duty cycle. A 40% duty cycle, for example, means that for one entire cycle, the fan is only running for 40% of the time.

The motherboard controls the speed of PWM fans according to temperature readings from various parts of the PC, but primarily the CPU. In addition, the way that PWM fans are controlled means that they can achieve much lower speeds than DC fans.

Despite being very similar, the differences between DC and PWM fans may make them better for different applications. However, keep in mind that there are many more important aspects to consider when choosing the best case fan for you.

Related: How to Choose the Best Case Fans for Your Custom PC

DC fan speed is adjustable by limiting the voltage supplied to the pin. In contrast, PWM fan speed is controlled by precisely turning the fan motor on and off during duty cycles. DC speed control isn’t as refined as PWM, but this aspect doesn’t take much from its effectiveness, especially in the latest models.

Since the DC fan is slowed by reducing its voltage, it can stall below a certain voltage threshold. This occurs when there isn’t enough power supply to keep the fan moving. With PWM fans, you can achieve a much lower fan speed by reducing the duty cycle.

Another bonus is that PWM fans will never stall since their entire function is to turn on and off repetitively.

A side-effect of the greater speed control that PWM fans provide is that while the computer doesn’t need the extra cooling, it will spin far slower and produce far less noise than DC fans. Since DC fans typically run faster than PWM fans while idling, they are louder.

Another thing to remember is that some DC models will generate electrical noise (one of those strange PC noises that occasionally arise) while they aren’t operating at 12V. Since PWM fans always run at 12V, this isn’t an issue.

However, differences in the noise level will be minuscule during peak PC performance. The main thing that determines the noisiness is the fan’s maximum RPM and its overall build quality.

DC fans generally cost less than their PWM cousins since they’re cheaper to produce. So, if the price is the main deciding factor for you, DC is easily the better choice.

Due to the way PWM fans function, they’re generally more efficient than DC fans and use less power. Consider the duty cycles of PWM fans. When a fan is on a 40% duty cycle, it’s only using electrical power 40% of the time. In comparison, the DC fans, if anything, will use a slightly lower voltage.

DC fans are more commonly used as case fans or in situations where the system is likely to need to maintain 100% fan speed, such as in the case of a 24/7 server. PWM fans are more valuable if noise is a significant concern or if you’re looking for maximum power efficiency in your setup.

Which Fan Is Better?

Over the years, technology has improved to the point that there aren’t many reasons to prefer one over the other for the average person.

PWM fans will usually set you back more, but use less power and produce less noise. DC fans are likely just as effective and cheaper, but they will also be noisier.

One thing to consider is the number of 4-pin connectors on your motherboard. If you have plenty, you may want to stock up on PWM fans, as these are slightly more effective. However, if you’re looking for case fans (and noise isn’t an issue), there’s no reason not to go with the cheaper DC fans.

The 7 Best Cooling Systems for Your PC

Looking to improve the performance of your PC? Start with the cooling system. Here are the best cooling solutions for your PC.

Jake Harfield is a freelance writer based in Perth, Australia. When he’s not writing, he’s usually out in the bush photographing local wildlife. You can visit him at www.jakeharfield.com