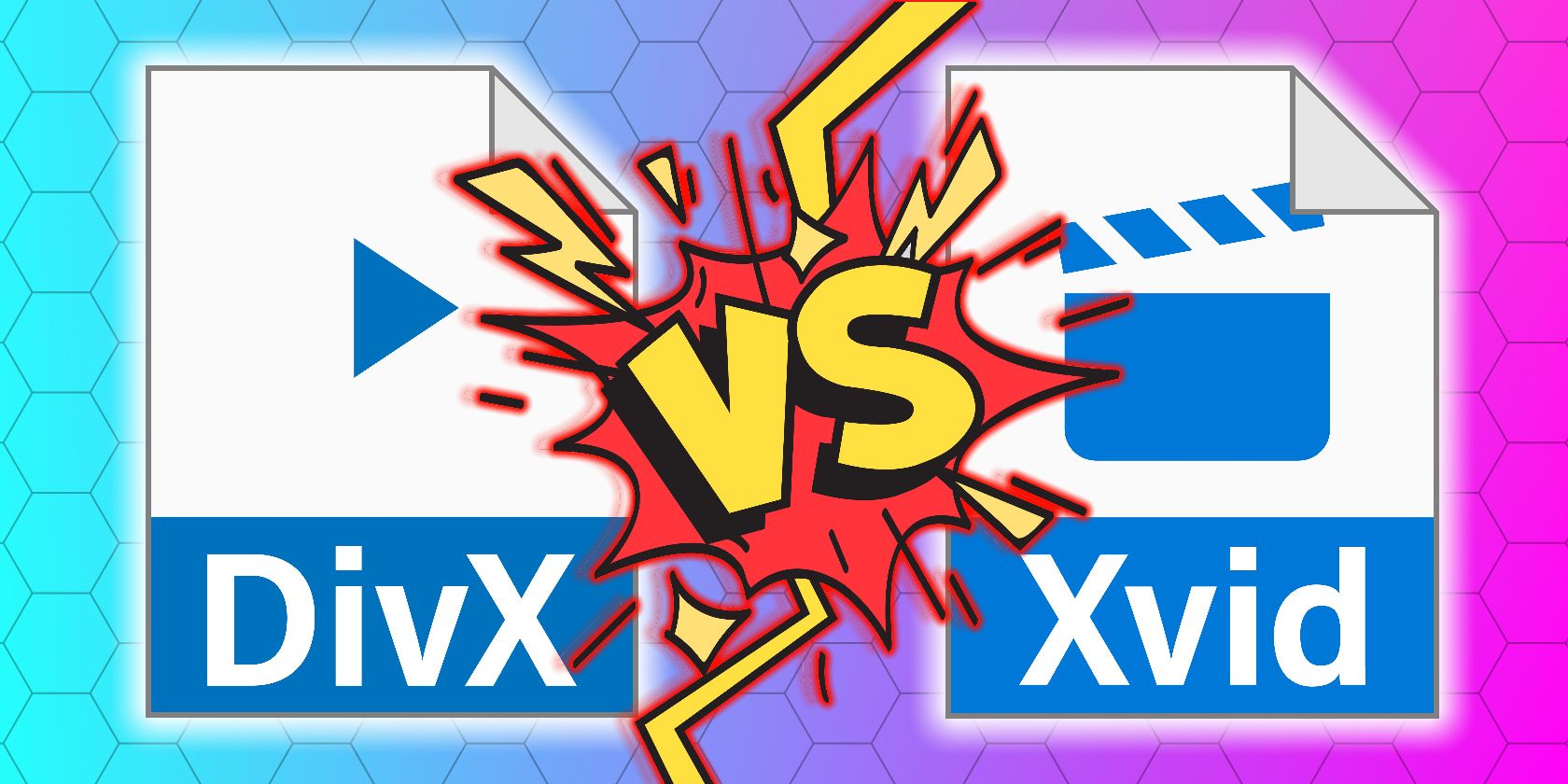 If you’ve watched movies on a DVD player or downloaded videos over a peer-to-peer network, you would have come across the terms: DivX and Xvid.

And if you’ve ever wondered what’s different between the two terms, read on to find out.

DivX and Xvid are Video Codecs

So what is a video codec? Codec is coined from the combination of the words: coder and decoder.

If you had to store raw video files on your computer or stream them over a network, it would be a hassle due to their sheer size—a regular Blu-ray disc is usually around 40GB. That’s where video codecs come in.

They make the video files smaller by encoding them and compressing the data, and then decoding or decompressing them for playback and editing.

Today, we can smoothly conduct Zoom business meetings and binge TV shows on our phones, even with limited bandwidth. It’s all thanks to codecs.

Both DivX and Xvid are video codecs that feature lossy or inexact data compression. Lossy compression reduces file size by removing just those picture details that are unimportant for human perception without giving up on quality.

Both codecs are built on the implementation of MPEG–4 and can decode each other’s output. And though they are still widely used, it’s often strictly for video encoding.

Related: All You Need to Know About Video Codecs, Containers, and Compression

What is DivX? How Did It Revolutionize Digital Video?

The vision for DivX took shape in 1999, when Jerome “Gej” Rota, a young French animator, created a version of a MPEG-4 video codec that enabled DVD-quality video at small file sizes. Rota, along with a few budding technology entrepreneurs, went on to develop his new codec further. And in August 2001 DivX 4.0, the first official DivX codec, was released to the public.

DivX enabled near DVD-quality video over the internet, (which was virtually unheard of at the time), and got an overwhelming response from the digital video community. Soon, DivX became the standard for full-length, high-quality video transferred over peer-to-peer networks.

From 2003 onwards to the next decade and beyond, hundreds of millions of consumer electronics devices were released supporting DivX OVS playback—one of the first commercially available Internet-based video-on-demand platforms. There have been over one billion downloads of DivX, and 1.5 billion DivX Certified devices have been shipped worldwide.

What Is Xvid and its Connection with DivX?

The origin of Xvid is also interesting, and it can be said that Xvid was born from DivX.

What happened was that in January 2001, DivX Networks created OpenDivX, an open-source MPEG-4 video codec. However, the source code was placed under a restrictive license, and only members of the DivX Advanced Research Centre (DARC) had write access to it.

Then, in early 2001, DARC member Sparky wrote an improved version of the encoding core called “encore2”. This code was included in the OpenDivX public source repository but then removed. It was at this time that the project forked.

DivX took the encore2 code and developed it into DivX 4.0. Other developers who had participated in OpenDivX took encore2 and started a new project with the same encoding core, and named it Xvid.

Many modern DVD and Blu-ray players can play Xvid files.

How Are DivX and Xvid Different?

Xvid is a free, open-source codec and is the main competitor of Divx. Xvid is published in the GNU General Public License, which guarantees end users the four freedoms: to run, study, share, and modify the software.

DivX is a commercial product, although it does offer a free download with limited functionalities.

Unlike the DivX codec, which is only available for a limited number of platforms, Xvid can be used on all platforms and operating systems for which the source code can be compiled.

And though the DivX codec is different from the Xvid codec, video players that display the DivX logo usually support Xvid files.

However, DivX and Xvid are not popular now as the newer codec H.264 (the industry standard today) emerged—it offers more efficient compression and supports 4K and up to 8K UHD.

Now you know how DivX and Xvid are connected and how they differ.

So if you’ve got some classic DivX or Xvid movies in your video library, why not relive their magic on your PC or cast them on your TV for the big screen experience.

How to Reduce Video File Size Without Losing Quality

Is your video file taking up way too much space? It’s time to encode, compress, and tweak it so that it shrinks in size without losing any noticeable quality.

Neeraj has been exploring new products and technologies, and writing about their wonders for over two decades as a professional writer and Creative Consultant. His love for tech and smart devices keeps him adrenalized and going for more.