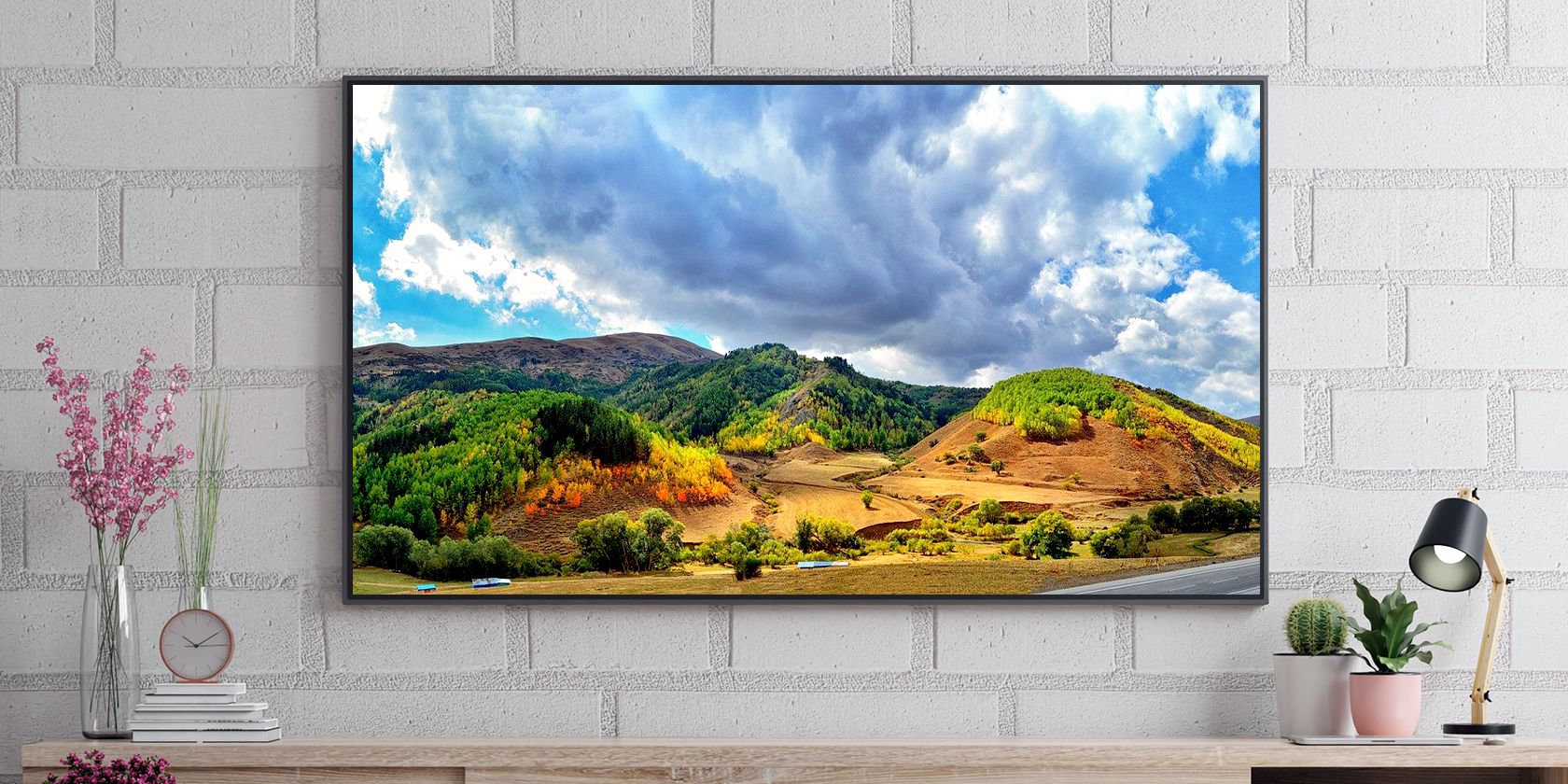 If you’ve been shopping for a TV, you’ll find a number of display technologies to choose from. The two most popular TV brands, Samsung and LG, use QLED and OLED displays.

However, at CES 2022, Sony announced a new top-of-the-line TV model featuring Samsung’s new groundbreaking technology—the QD-OLED screen. But what exactly is QD-OLED technology, and how is it better than OLED or LCD TVs? You’ll learn all of that below, but let’s start with the current crop of TV displays.

LCD technology was first used in the 1960s and is still relevant today. In fact, LED, QLED, and Mini-LED TVs rely on the same principle as the first LCD TVs. These displays use the liquid crystal layer to control which parts of the screen get light and by how much. However, the screen must have a light source (called a backlight) to see the image clearly.

This is where the differences between LCD, LED, QLED, and Mini-LEDs come in. Traditional LCDs use compact fluorescent lamps as the backlight source, while newer technologies use LEDs. QLED adds a quantum-dot layer to enhance color output, while Mini-LEDs use smaller light sources for more accurate control.

Each LCD technology development addressed issues that these TVs had. LCDs are edge-lit, meaning the light source only comes from the top or bottom of the screen. Furthermore, they only use compact fluorescent lamps, making them far from energy-efficient.

On the other hand, LED displays allow the entire screen to be lit directly from behind, meaning LED bulbs are right behind the liquid crystal layer providing illumination. This technology delivered brighter displays and introduced local dimming, which lowered the intensity or turned off the backlight of the screen’s black areas.

QLED adds a quantum-dot layer between the backlight and the subpixel. This layer converts the white backlight into either red, green, or blue by shifting the light source’s frequency. Doing so allows the TV’s color output to come out more vibrant.

Finally, Mini-LED improves the TV’s contrast by reducing the size of the backlight LED bulbs, allowing more granular control for each dimming zone.

The way LCD/LED technology works means that the screen can’t display true black. That’s because there will always be a section of the TV lit up by the backlight. Even with local dimming, there will still be dark pixels affected by the sectional backlight.

To counteract this issue, LG developed OLED displays where each pixel lights up individually. This means that that display can produce true blacks and have the best contrast ratios among TVs.

OLED displays serve as the best of the best when it comes to TV displays. That’s because this screen type can deliver deeper blacks and higher contrast ratios when compared to other display technologies.

With OLED screens, you also get the best viewing angles. This allows users to enjoy superior image quality whether they’re seated in front of the TV or around its edges. And lastly, OLED screens are much thinner than other screen technologies.

But why is this so?

Instead of requiring a liquid crystal layer to control which pixels light up, these screens use organic light-emitting diodes, which activate when a current passes through it. Each pixel also has a red, green, and blue (and white, in some cases) subpixel for color.

Since each pixel’s luminance is directly controlled, the display can turn off the light at highly-precise levels. Because of this, there is absolutely no light in areas that the screen shows as black. This results in excellent contrast ratios unmatched by LCD/LED technology.

Furthermore, because OLEDs emit light directly from each pixel, these displays do not need a backlight, thus resulting in fewer layers. As a result, the light source is closer to the TV screen’s surface. These characteristics allow greater viewing angles and thinner form factors.

Despite its top-notch contrast and viewing angles, OLED displays have one significant disadvantage—it isn’t as bright as the other alternatives. That’s because OLED pixels are susceptible to burn-in, especially at greater currents required for higher brightness. Hence, to prolong the display’s life span, OLED TVs aren’t as bright as their LCD/LED counterparts.

So, if you’re planning to install a TV in a bright living room surrounded by open windows, you might want to steer clear of OLED TVs.

How QD-OLED Brings the Best of Both Worlds

Based on what we discussed so far, current screen technologies limit you to two choices: either you have a bright TV that doesn’t deliver top-notch contrast, or you have a screen that provides true blacks and vibrant colors, but you can’t see it under bright light.

This is where the QD-OLED steps in. By adding a quantum-dot layer to a blue OLED source, Samsung reduced energy losses, thus resulting in a brighter output over current OLED technologies. Let’s explore this in detail below.

Before looking at how QD-OLED is better than traditional OLED technology, let’s first look at what makes white light. White light is composed of red, green, and blue. By combining each color, we can produce the color white. Alternatively, if we want to show the color green from a white light source, we will have to filter blue and red, thus causing a reduction to the source’s brightness.

Now, let’s look at a white OLED display with four color subpixels—red, green, blue, and white. The red, green, and blue subpixels filter out approximately 66% of the source’s luminance. So, if you want to display the color white on this OLED screen, you only see about 50% of the underlying OLED’s original brightness.

Samsung’s QD-OLED fixes this by using blue as the color of the base OLED instead. Samsung then used a quantum-dot (QD) layer for each subpixel to deliver red and green colors. Since blue has the shortest wavelength among the primary colors, the QD layer increases it by absorbing some energy to translate blue to either red or green.

Related: What Is a Quantum Dot Monitor?

This is more efficient because the energy (hence brightness) lost during the conversion process from blue to red or green is estimated to be only around 10%. On the other hand, blue doesn’t need any conversion to get the total brightness of the OLED.

So, if you look at the color white with a QD-OLED pixel, you will see approximately 90% of the original luminance of the underlying blue OLED. Not only does this make the screen appear brighter, but it also makes it more energy efficient.

This development further enhances the already excellent color quality of OLED displays. More than that, it can now offer brightness that can compete with LCD/LED displays while still retaining the ability to deliver deep, true blacks.

With its improved brightness and enhanced colors, this new OLED technology ensures we can consume HDR content in all its glory. That way, we can see the films and videos the way the creator wants us to see them.

What Is HDR and How Does It Improve TVs and Displays?

HDR has become more common in photography, videos, and more. Here’s a rundown of how it improves visual experiences.

Jowi is a writer, a career coach, and a pilot. He developed a love for anything PC ever since his father bought a desktop computer when he was 5 years old. From then on, he has been using and maximizing technology in every aspect of his life.